Home / About / About Barbara

It is my goal to help her make a life video/book, so keep checking back for updates.

I asked her to start writing her autobiography, but she keeps forgetting 😉

Grandma was born Barbara Lynn Peters to Olien and Jenny Peters in November of 1936. She, like me, is an only child.  I am her only close living relative.

My grandma is a product of Depression-era thinking. Her father grew all of their own food and sold some to the local markets while working to make a living as a shoe repairman in downtown Kansas City and on the Square in Independence, MO.

Back then was a different time from now. Families saw each other more often and got together more frequently. My grandma tells me while she was growing up she spent a lot of time with her grandma and her cousins.

From what I can tell, music was always a big part of her life. One of her childhood friends and neighbors recently told me they used to have piano duels across the yard from each other, but he said she was better than he was.

My grandma has always been a very smart lady. Her friends that are still around from her school days tell me that she was always getting better grades than them and she was one of the smartest girls in the school. The proof is in the pudding (see right).

My grandma married my grandpa, Jack, in June of 1954, and became Barbara Hiles.

My grandma’s folks loved to dance. Since she was an only child, she often went with them to the dance halls. That is where she met my grandpa.

My grandma Barbara married my grandpa, Sylvester “Jack” Hiles, on the 27th of June 1955. Grandpa was just shy of 46 and she was 18 years old. My grandma gave birth to my uncle Kenny in October of 1961. My father was born in May of 1963.  My grandma was a great mother, but she also had a very accomplished career as an educator.

Grandma started out as a secretary in the dean’s office at the Central Missouri State College (now Central Missouri State University, CMSU) Residence Center (a satellite of the college in Independence just north of the Truman library and literally right across the street from her house). She got her bachelor’s through CMSC and went back and got her Masters of Education degree from CMSU. She started out as a substitute teacher and worked part time at the Independence Sanitarium until the early 70s. She began her official full time teaching career in the Independence school district as an elementary teacher, but when one of the former deans of the Residence Center went to be a principal in Blue Springs, and she went to work for him.

My grandma was a teacher in the Blue Springs school district for over 25 years. Her specialty was teaching children how to read, and she spent much of that time as a reading teacher at many of their schools. My grandma held pretty much every position in the Missouri State Council of the International Reading Association over the course of two decades. She is still very well known in our state for her work in teaching and her dedication to literacy. She even had some time for private tutoring for students who were having trouble in school.

In addition to teaching children, she oversaw the Adult Basic Education program beyond her official retirement, where she helped adults with intellectual disabilities learn or practice their reading, writing, and math skills. When the program lost its funding, she appealed to her church to continue the program.

My grandma became involved in her church in the late 1990s. She helped found the ministry that provides food and assistance to low-income citizens in eastern Jackson county and volunteered faithfully each week until a couple years ago, when our crazy adventure as the last two Hiles left began. 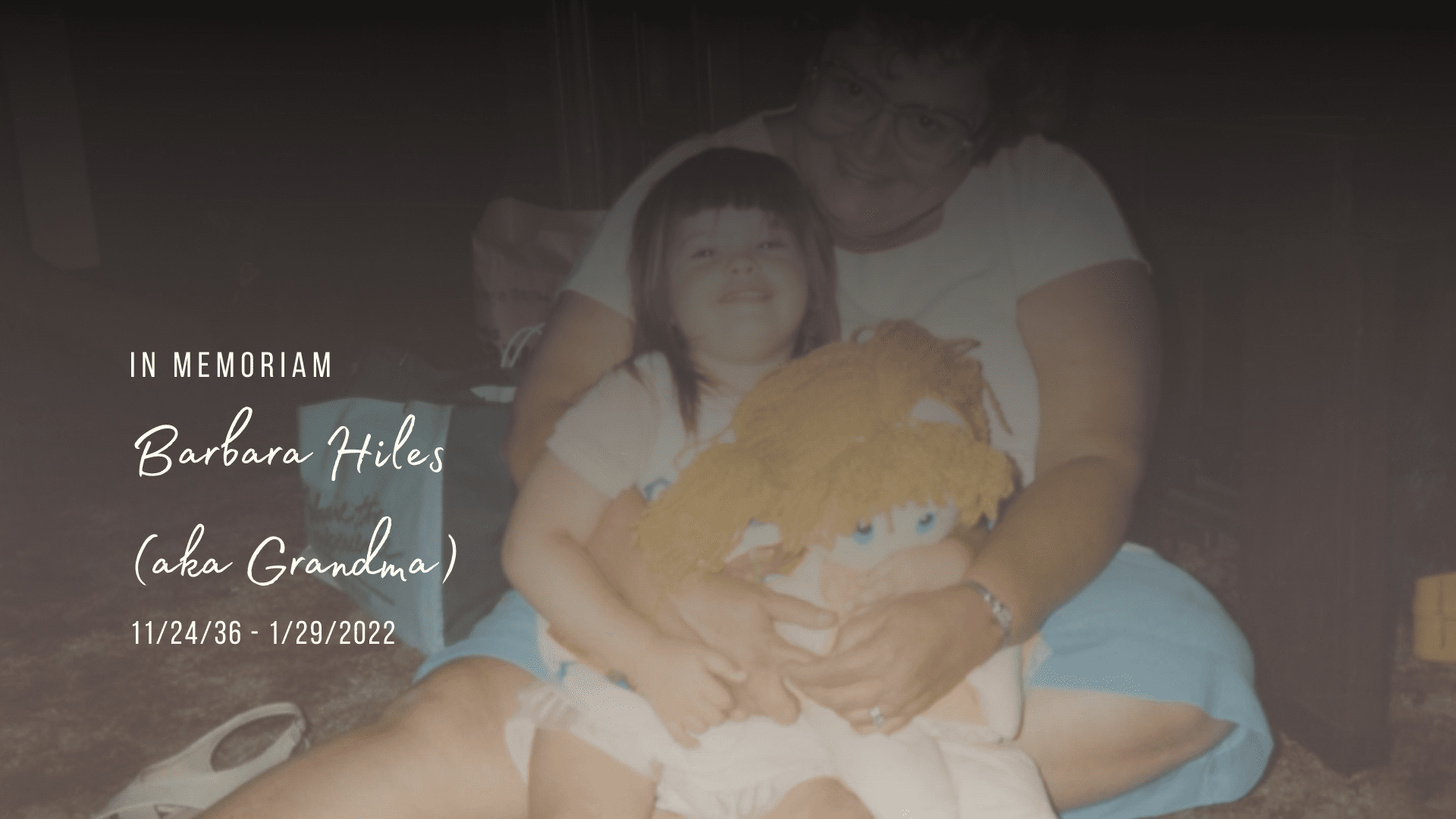