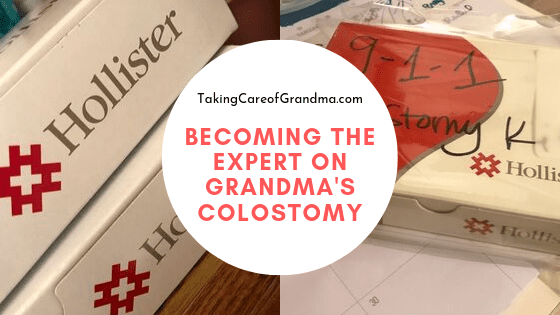 For a long time after she initially came home, she managed the colostomy on her own. The rehab facility worked with her to learn how to do it. They did not offer to teach me. At the time, I was already dealing with so much stepping into my new role, I didn’t think to ask, either.

So, she changed and emptied her bag and she ordered her supplies. The only thing I had to do with her colostomy was pick the supplies up at the Ostomy Care Center when she ran out. I didn’t see any reason to learn too much about her colostomy, so I kept my head buried in the sand.

For the most part, we did pretty well. I had my fair share of emergency biohazard cleanup calls in the middle of the night, but I never changed her bag myself for nearly three years.

As time went on, and I learned more about how to care for a colostomy (usually in response to something going wrong), it became obvious to me that she should not be responsible for taking care of her bag. I realized it was up to me to start keeping an eye on it if we were going to keep her healthy and feeling well.

I talked to the friendly folks at the Ostomy Care Center, and they gave me some printed information about it. He offered to walk me through it if I ever needed some help. I did some research and found Vegan Ostomy and saw how he changed his bag. Then, I asked her to show me how to change her bag and made a point of hanging around when she cared for it.

It was a good thing I did, too.

When she came home from her only hospitalization last year, she couldn’t remember how to change her bag. I could no longer put off doing it myself.

There was a sharp learning curve when I became the one entirely responsible for taking care of her colostomy. I quickly figured out that what she ate had a direct impact on what came out of her bag. I started enforcing a flexible menu to control her output. (I call it Ostomy Alchemy.)

We began changing her bag on a schedule, and it became part of our routine.

For a while, it felt like my whole life revolved around that bag.

Thankfully, we have done pretty well dealing with Grandma’s colostomy. She has only been to the hospital once, for a blockage, since.

I’ll be blunt. Considering the alternative (read: wiping butts)… I’d say that caring for someone who has a colostomy isn’t so bad. Having and getting used to a colostomy isn’t easy— neither for the person nor the people who may support them, but it is manageable. Just like anything else, having an ostomy can become the new normal. With enough information and practice, you can actually learn to live with an ostomy.

In the next few posts, I am going to share with you how I became the expert on Grandma’s colostomy.

I’ll tell you all about what I’ve learned about:

Have you had to care for a special medical need like an ostomy?

I’d love to hear how you learned to cope. Please share your experience in the comments! 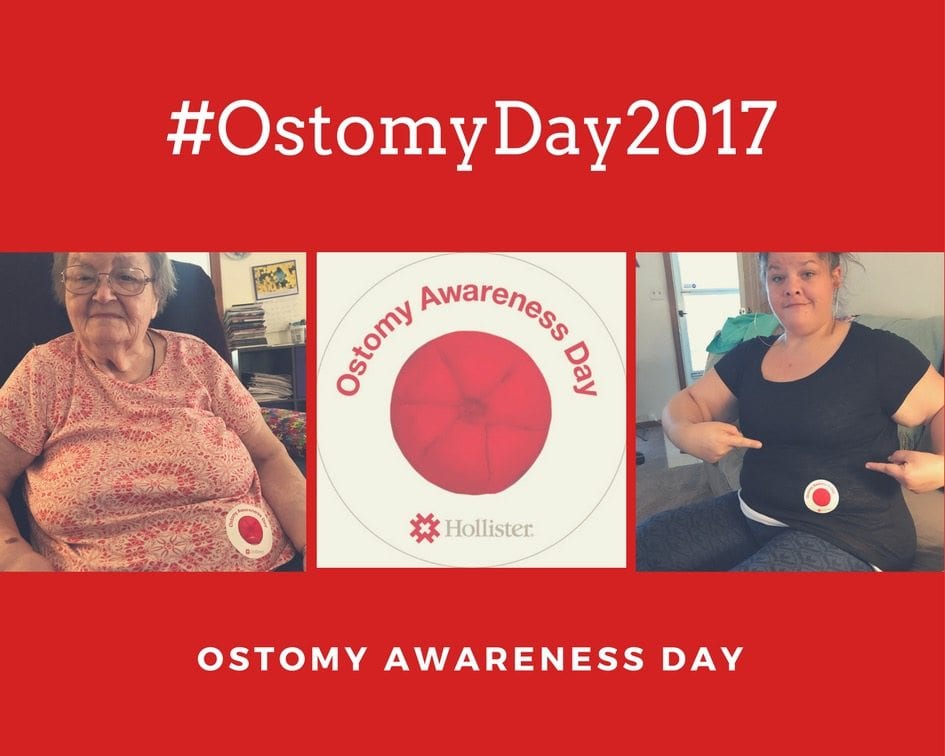 There are millions of Americans out there with ostomies and my grandma is one of them. Today we are showing off our Ostomy Awareness Day stickers we received from Hollister.

My grandma has had a colostomy for over two years now. She had the first colostomy in November 2013, which was reversed in February 2014, due to diverticulitis. A little over a year ago, she had her second colostomy while in the hospital. I have been supporting her navigate her journey of living with an ostomy.

Check out this infographic by United Ostomy Associations of America, Inc. (UOAA) that shows the basic facts about ostomies. 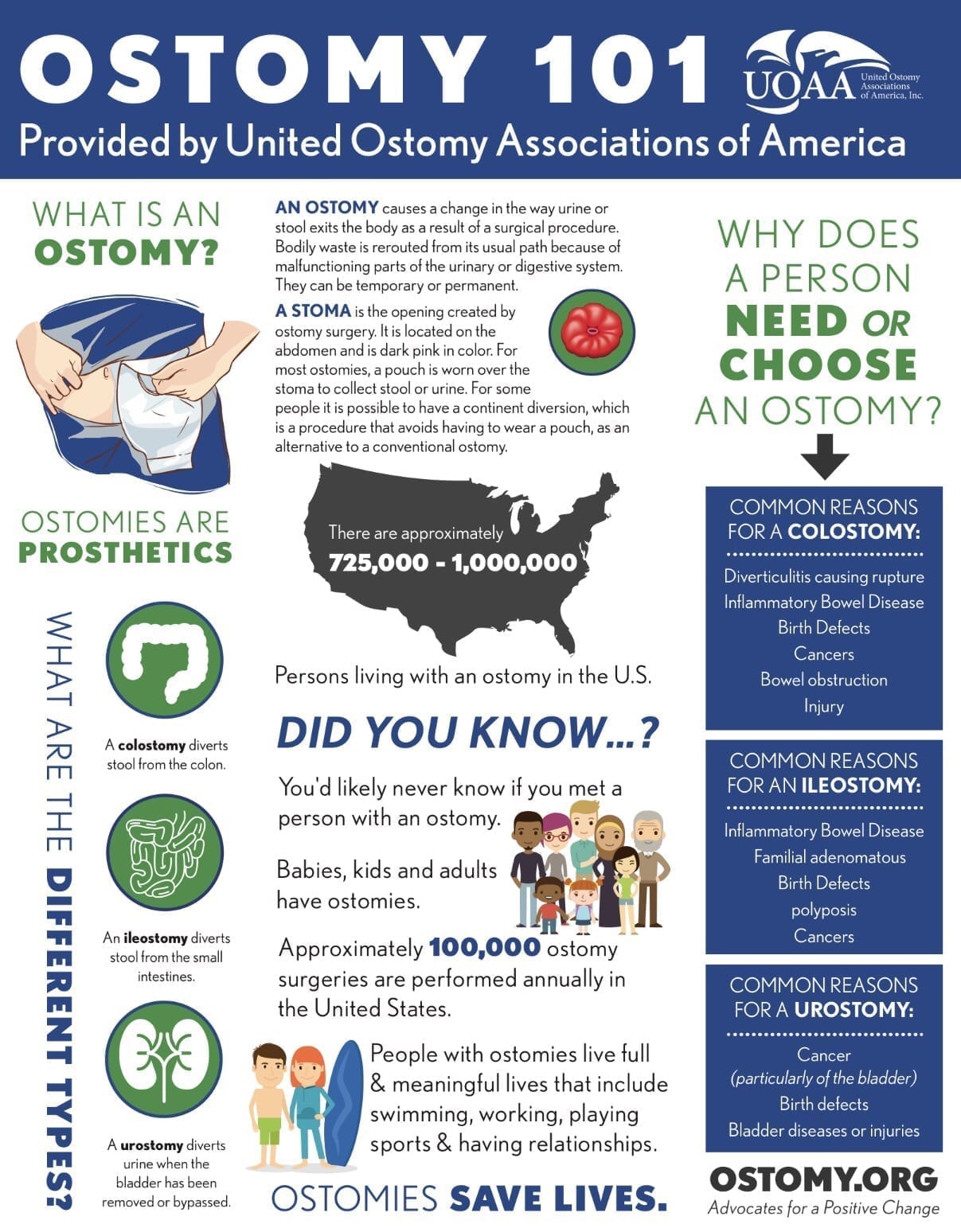 Today is also about recognizing all those who have helped us along the way.

There’s no way I could help my grandma with her ostomy without the KC Ostomy Care Center. They are super courteous and helpful and they always ask how we’ve been doing. They always listen non-judgmentally to what’s going on and answer any questions I have as my grandma’s caregiver. They have provided us with tons of information to help us manage her colostomy. They always answer the phone and respond to emails. They are open on Saturdays for off hours needs. They have truly been a lifesaver. They have even offered to deliver my grandma’s supplies in times of desperation. I look forward to seeing them every month when it’s time to pick up her bags.

Having an ostomy is scary at first and at times, but with the right support and proper care, it’s a manageable part of life for my grandma.